Back To The Homepage

A variety of two and three story restaurants and a fish market are heading to the Miami River piecing together a currently-under-construction self-storage and restaurant property named the East Coast Building, according to the developer of both, MV Real Estate Holdings. The new gem will be called the Riverside Wharf and is located on a large area of land between the I-95 overpass and the SW 1st Street bridge. What is planned for this project are 5 restaurants for a total of 40,000 sq. feet which will include a raw bar managed by the adjacent Garcia's, a staple to the Miami River. At the end of the project  will be a fish market "in which local commercial fishermen would have a venue in which to sell their local seafood catch" according to the developer, which could potentially arrive straight from boats docked at the river. The project is planned to accommodate up to 20 vessels "of any size, up to mega yachts" on its 650 feet of  frontage, so that's a lot of fish.

This will be another amazing addition to the already booming Miami renaissance that has seen Midtown, Wynwood, Downtown Miami and Brickell become the envy of the Nation's real estate boom. It will also add some competition to world famous Bayside. 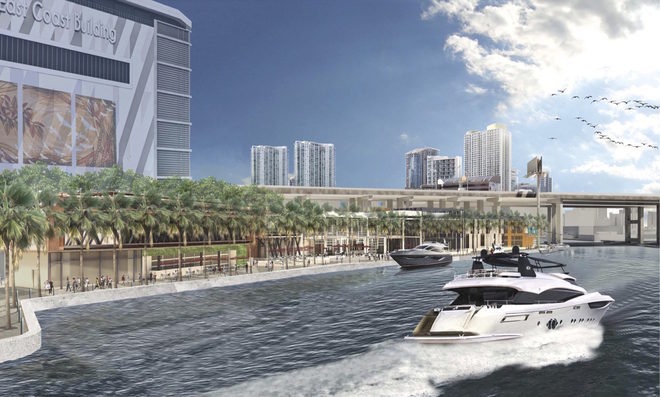 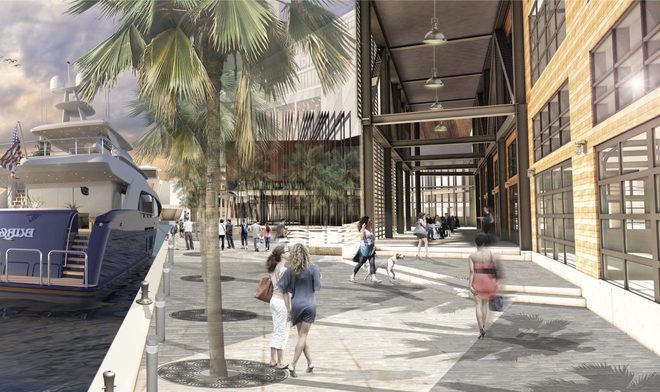 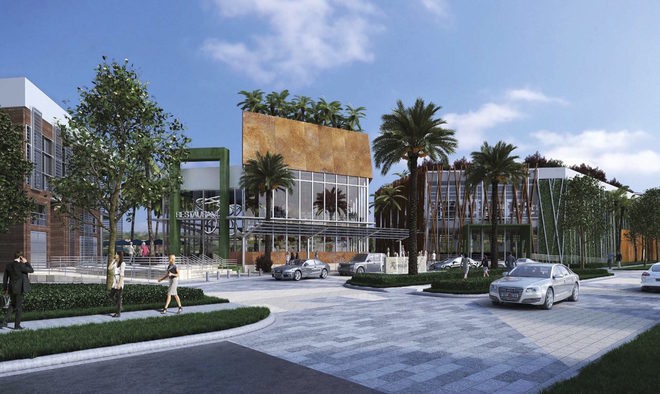 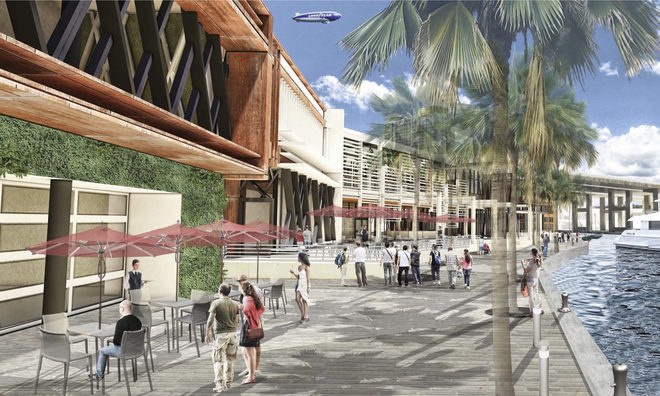 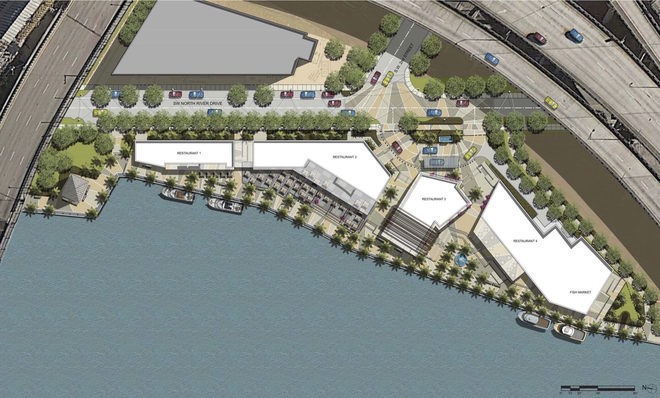